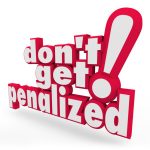 Just to recap, a business owner had CCTV installed outside their premises. One camera was recording a large portion of the public footpath. This was judged to be too invasive and there was poor signage. The regulatory authority hit them with a modest €4,800 fine. The Austrian data protection authority had 36 other proceedings pending at that time.

Portuguese hospital with too many doctor’s accounts hit for €400K

An unnamed hospital in Portugal had 985 doctor’s accounts on it’s IT system and only 296 doctors on staff. It seems that non-Doctor types (e.g. psychologists and dietitians) used doctor accounts to access patient data. What is most troubling is that a doctor account has unrestricted access to every single patient’s data.

You might not think this is a big deal, but you’re dealing with sensitive personal data here. There should be some controls on access to it, including audit logs of any and all access made by authorised personnel.

The regulator has imposed a €400,000 fine on the hospital, which is appealing the judgement. The Portuguese Government have not yet fully implemented the GDPR, but the regulator is acting as if it was in place.

A German chat platform, knuddles.de had a breach in which 330,000 e-mail addresses (in German) and their account passwords were stolen by hackers. The passwords were in plain text (no hashing or encrypting was applied). It was the screw-up with the password that caused the fine. They hadn’t applied appropriate technical or organisational controls to protect the data.

The regulatory authority acknowledged that Knuddles were very proactive in reporting the breach and the subsequent follow up. They have implemented stronger security controls in a very short time. In consultation with the regulator they have more measures coming in due course.

The regulator also looked at the financial  strength of the company in determining the fine, not wanting to place the business under any financial burden. So the fine was proportionate. I would hate to think what might have been the case if they hadn’t cooperated.

To avoid GDPR fines, budget now to prepare early in 2019

If your business hasn’t put in place any policies or procedures to address the requirements of the GDPR, you should look at addressing this soon. Most annual budgets will have been exhausted by now, so put in place a sensible sum for GDPR preparation work, early next year.