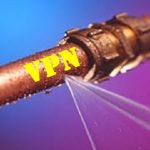 It’s probably not a question most people would ask when they purchase a Virtual Private Network (VPN), but maybe you should ask “Does this VPN leak data?” It’s been revealed that several VPN providers are putting your privacy at risk by leaking some data that should be kept secret. VPNs are supposed to be all about privacy, so this question shouldn’t have to be asked as the provider should not be leaking anything.

A VPN is (usually) a piece of software that is installed on your computer or mobile device which establishes a secure connection between that device and some other point on the internet. That could be your corporate network or a VPN provider’s network. The connection is fully encrypted, so all the data flowing between your device and the other end of the connection will be meaningless scrambled data. It will be useless to anybody that intercepts this data.

What is also very important is that the VPN hides the users identity/location by making your device appear to be located elsewhere on the internet, rather than where your internet provider shows you as being. It does this by assigning your connection a different address on the internet, also known as the Internet Protocol (IP) Address.

So what data does some provider’s VPN leak?

The simple tool provided by the security researcher Paolo Stagno can show your original IP address as well as your VPN provided IP address. Therefore a website can tell where you actually are on the internet rather than where your VPN provider is trying to show you as being from. So here is an example of where you have a VPN leak: 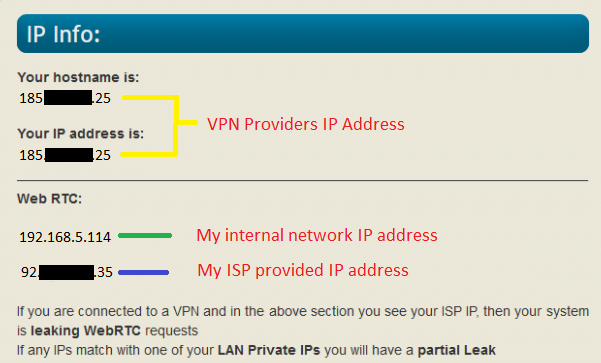 As you can see, in the lower half (Web RTC), your Internet Service Provider (ISP) provided IP address is shown, along with your actual internal address of your local home or office network.

Compare that now to a VPN connection where they are not allowing the data to be leaked: 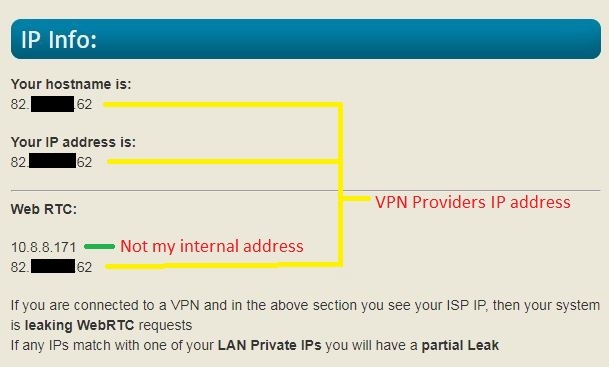 Here we see only the VPN provider’s IP address and their internal network address. So somebody using this VPN would not be at risk from being identified and located on the internet. This is important to maintain privacy, as that is one of the main reasons for wanting to use a VPN in the first place.

If you would like to have a chat about some of the security services we can provide, then please either send an e-mail to info@L2CyberSecurity.com or call us on 087-436-2675.