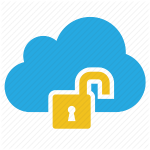 I see a read a lot of cyber security stories and nothing surprises me any more. I constantly see stories about breaches and phishing. Now I turn my jaundiced eye on cloud security.This was prompted following a recent conversation I was having with a friend who is an IT Infrastructure expert.

We were chatting over a coffee about the various mistakes people make when securing their own private infrastructure. Things like not updating software, having a poorly configured firewall and not testing their backups to name but three. Then my friend came out with a doozy.

We store all our stuff up in the cloud and leave Amazon worry about the security side of things.

So I asked what “cloud security” had they signed up for, which he couldn’t answer directly, but presumed it was all part and parcel of the package they were paying for. I asked who configured their security and he stared at me like I was a madman.

I already said … Amazon will look after the cloud security. They have world class security solutions.

I agreed that Amazon do indeed have the best security available (as do other cloud providers like Microsoft). However assuming that Amazon would “look after the security” was a risky presumption to make.

It all depends on what you sign up for. Amazon/Microsoft will provide you with cloud storage and other services. They will also provide you with the tools necessary to secure your cloud storage. Unless you are engaging them for a full service package, where you completely outsource to them and it is pretty pricey, you are likely to be responsible for your cloud security.

In the last week I have read the following stories:

So just these three examples from the last week show that people are putting stuff “into-the-cloud” in these insecure Amazon S3 buckets, presuming that Amazon will look after the security for them.

If you have any sort of Cloud storage in use at your business, please take a few minutes now to review it’s security set-up and ensure it is not publicly accessible.