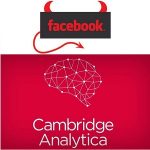 Cambridge Analytica have been rumbled. They have used Facebook data in ways that it should not have been used. By doing so, they have influenced and possibly manipulated the results of a number of elections across the world in recent years. Most notably the 2016 US Presidential Election. This has been blown up as a big scandal and rightly so. However, are we really surprised? Think about it rationally. Should we be surprised that the huge volume of data that we hand over to Facebook is utilised in ways that are incomprehensible to us? The vast majority of us are not data scientists, so we may not realise that by “Liking” that funny picture lampooning a political figure, we are giving Facebook a possible indication of our political preferences.

What did Cambridge Analytica do?

In 2015, Dr Aleksandr Kogan, who was a lecturer at Cambridge University’s Department of Psychology, put out an “App” on Facebook which carried out a survey for the purposes of “scientific research”. ?

This app had some 270,000 people use it on their Facebook page. “In so doing, they gave their consent for Kogan to access information such as the city they set on their profile, or content they had liked, as well as more limited information about friends who had their privacy settings set to allow it.” according to a Facebook statement.

Basically, this “App” profiled the people who used it, then probed into the Facebook profiles of the friends of that 270,000 and profiled them as well. This is where the 50 million affected people figure came from.

Just to be clear – There was no breach of Facebook data in this “scandal”. Facebook had a “Feature” at the time which allowed apps to look at freinds profiles. These apps would have told the users that this is what they were enabling before they used the app for the first time. You know. At that screen that nobody (but me) reads! Here’s an example. 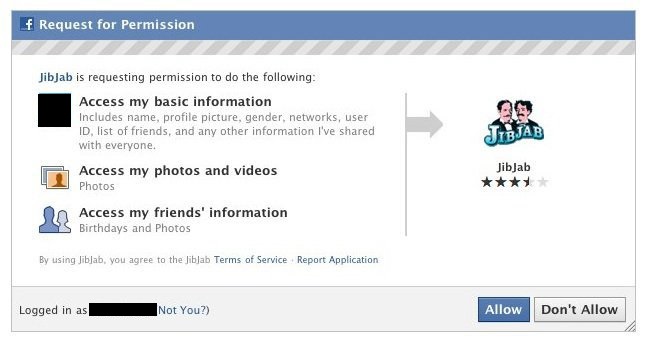 Cambridge Analytica then used all of the data to psychologically profile Americans and then target specific political messages, which would definitely influence that individual. Doing so to 50 million individuals is tantamount to manipulation.

This video has a CA whistle blower telling what they did:

Well that is completely up to you.

I deleted my original Facebook account back in about 2012, after I downloaded a copy of my Facebook data and saw just how much information I had given them and what it could be potentially used for. It’s not just the content of posts, photos and videos that I had put on the platform (and I was fairly prolific at the time), but it was all of the Likes and Shares of different things that caused me concern.

By looking at all of this data in one place, I could see that they could potentially see who and what I was about and what my opinions might be.

It freaked me out.

I created a new account in 2014 as I had become involved in a community project which needed online exposure. I have expanded that to a few other community projects, as well as my own business page, but I am pretty frugal with anything else I give Facebook. I usually limit it to photos of my dogs, the scenery or the weather.

I recently downloaded my Facebook data again and because I have been careful, I don’t see too much in they way for potential manipulation with it.

I needn’t worry too much, because I never believe anything I read … particularly on Facebook. ???

But have a read of this other short blog about what breached data can be used for.